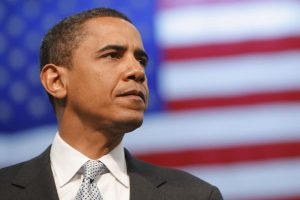 In this article, I will tell you how to contact President Obama.

It would be fair to say that without the Internet Barack Obama would not have been  President of the United States. He leveraged the medium of the Internet to organize his campaign, gather contributions, rally his base, convey his ideas, and gain many new supporters. These Internet activities ushered him into the Whitehouse.

When we look at how to contact president Obama, the Internet is the most logical conclusion; however, it is not the only option.

In this article, we will look at all of the various ways that you can contact President Barack Obama.

And be sure to read the comments below. You will surely be surprised by the passion — I might say venom in many cases— that some are willing to share regarding Obama.

The best way to get in touch with President Barack Obama is through email, but not in the traditional sense.

When President, everyone could email Barack Obama using the general presidential email address which is as follows: president@whitehouse.gov.  However, for some reason we elected Donald Trump and he may now be the recipient of any email sent to that address.

Since Barack Obama left office, the method of contacting him has changed.  He manages his Internet presence at the following site:  https://barackobama.com/.

And this happens to be the best place to contact him. On this site, you will see a contact link on the front page that leads you to this form: 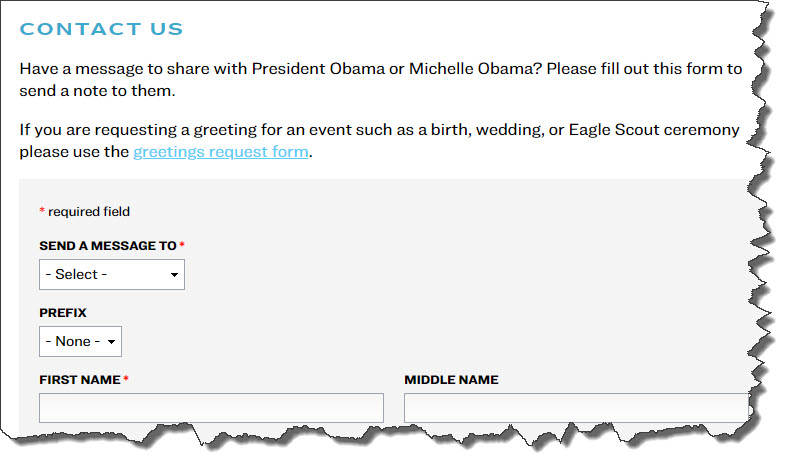 Does Barack Obama Read His Emails?

Obviously, President Obama cannot read every email sent to him as the number of communications received each week is staggering–there are reportedly hundreds of thousands of correspondence sent to the President each week.

However, President Obama did read 10 letters everyday during his presidency.  As you see in the video below, the amount of information received is tremendous and there is a staff dedicated to delivering the President the most representative of these letters each week.

A sample email to Barack Obama how the Affordable Care Act and the Recovery Act directly impacted lives.

Email is not the only way to contact the President. You can also send mail the old fashioned way…in a letter or postcard.

Obviously, there is no character limitation this way so you can say whatever you want to say with no limits.

Based on the video above, the President was reading what looked like a lot of standard mail. So, perhaps your best chances of contacting the President rest in the old-fashioned type of snail mail rather than an email message. That is just speculation and I have no way of confirming that.

Barack Obama was always a savvy social media navigator and that continues to this day.

While we can assume others run his Internet properties on a day-to-day basis, I’m sure we can also assume he makes personal contributions and reads a handful of contribtions from the public.

Barack Obama has always embraced technology and now uses his web and social media sites as his primary means of communication.

For direction communication with Barack Obama, he prefers you use this form on his website.  This apparently is also a way to contact Michelle Obama as the site states that it represents “The Office of Barack and Michelle Obama”.

Other means of communications include his social media properties and physical address listed above.

So, you can definitely communicate with Barack Obama, but will he read what you write?

My hypothesis, which is based on pure speculation, would be to send a hand-written letter with pictures to have the best chance of Barack Obama reading your correspondence.

Will he communicate back?  Most of us would probably not receive a direct response but I do imagine that he still reads at least 10 emails a day as he did before.