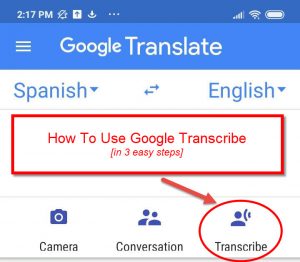 As part of our ultimate guide to Google Translate, we introduced this cool new tool that enables real time transcriptions to your language from people who are speaking in another language.

The word transcription for many people calls to mind a time from a by-gone era with a secretary transcribing the words a boss is speaking. Wikipedia defines a transcription service as “a business service which converts speech (either live or recorded) into a written or electronic text document.”

Five years ago people would have said that this is the stuff of science-fiction. However, as Google pursued the use of artificial intelligence in speech-to-text technology, this ability became a reality and it has seamlessly been incorporated into the Google Translate app.

Let’s take a look at just how easy it is to use.

How to Use Google Transcribe [quickly & easily]

As you see in the video, Google Transcribe translates in real time and the word translations will often change as Google AI is adapting to the context of the sentence or paragraph.

This can be difficult on the eyes so I recommend using the scroll-up feature so that you are always reading information that has already been translated and won’t be changing immediately before your eyes.

I’ve always been a fan of amazing technology and, when that technology is truly functional and can improve society, it becomes truly transcendent.

Well, what I love about technologies like this is that they remove the language barrier between people. One of the main uses of Google Transcribe will be to easily digest knowledge from people in another language in real time.

This is certainly a transcendent tool for people in those fields — people who will benefit from acquiring knowledge presented in a language that is not their own.

For the rest of us, Google Transcribe may just be an amazing piece of technology that makes us go “Wow”…and that alone is worth it!

Or is it? Let me know in the comments below and have a great day.

How to use Google Translate [The Ultimate 2020 Guide!] 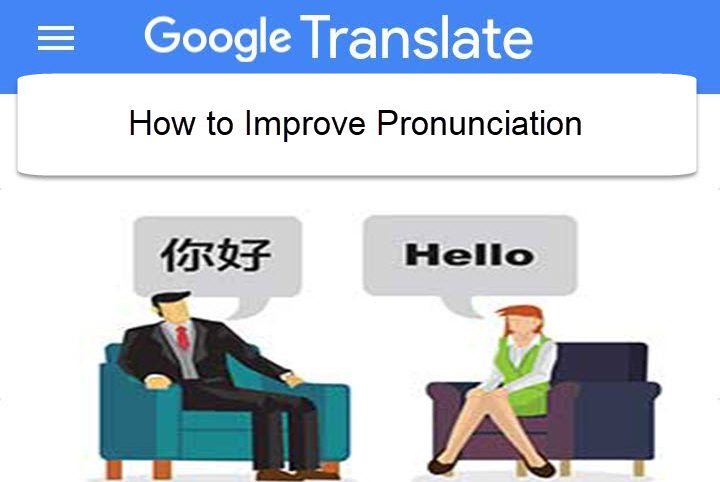 How to Improve Your Pronunciation with Google Translate