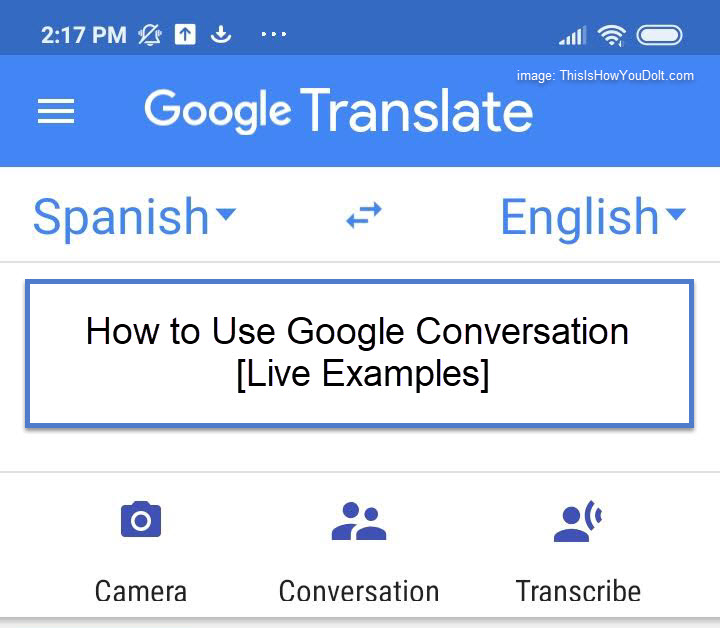 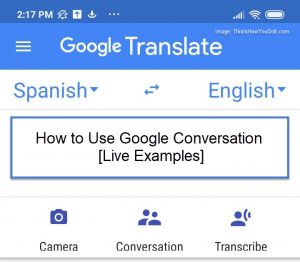 What is Google Conversation?

It’s an amazing technology, an essential language learning tool, that literally opens up the world to you.

With Google Conversation, you can now communicate with 5 billion more people than you could have before.

Pretty cool, huh? And, it’s very easy to use so let’s get started.

How to Use Google Conversation [Live Examples]

And, we will do this in just 4 simple steps. Here are the four simple steps with a how-to video of the steps below.

That’s it. When you begin talking, Google Conversation will determine the language of the speaker [if you chose Auto] and then it will speak what they said in the other language.

Let’s a look at this video of Google Conversation in action:

There are many people for whom conversing in foreign languages is a part of their business. These people will see the need to use the Google Conversation feature of the Google app more so than many of us.

But think of the implications for when we travel internationally?

Google conversation enables us to communicate with anybody anywhere.

Whether we are traveling to France, Egypt, or India, we will always want to have this Google conversation feature with us at all times so we can ask for what we want, get where we want to go, and, most importantly communicate with the people in the places that we are visiting.

And that ability to communicate with anybody anywhere is what makes Google conversation a great tool!