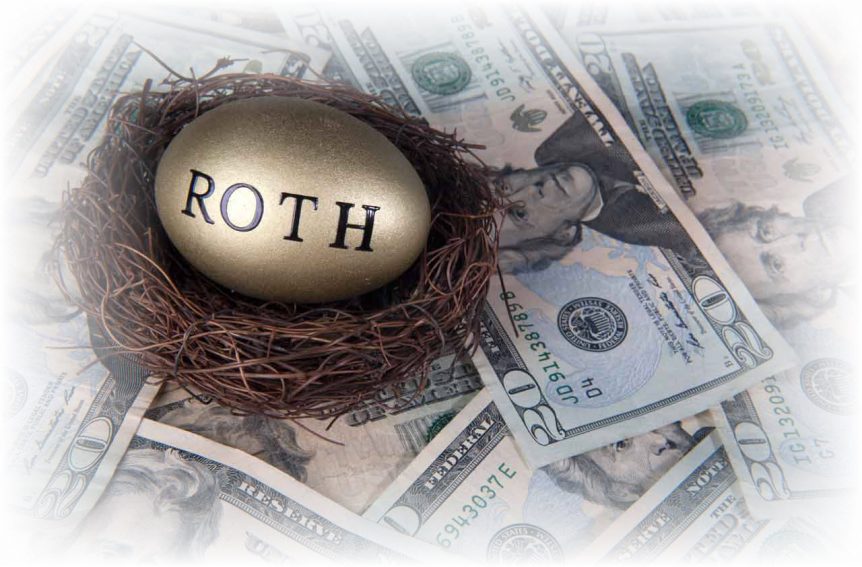 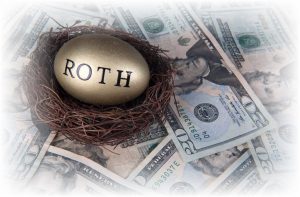 Why to Open a Roth IRA?

If you have found this page, you may already be aware of the benefits of opening a Roth IRA account. But just to be sure, let’s review.

As you may know, IRA accounts were initially developed to enable you to save money for retirement. Though most people think the term stands for Individual Retirement Account, its name actually originates from the actuary who devised the plan; his name was Ira Cohen.

Traditional non-Roth IRA accounts allow you to make tax-deductible contributions to the retirement plan, the IRA. The maximum amount currently allowed is in 2020 is $6,000.

Additionally, the gains that you achieve in this IRA are also tax-deferred. You can begin taking money out of your IRA when you reach 59 1/2 years of age. At this time, the money can be withdrawn from the IRA and it is considered as “taxable income”.

The tax that you will pay on this money is based on your ordinary income tax rate at the time of withdrawal.

So, why would I be interested in opening a Roth IRA and what is a Roth IRA?

Roth IRAs were developed relatively recently, in 1997, by Senator William Roth. He realized that people take a substantial tax hit when they withdrawal money from their IRAs and sought to device a new plan which eliminated that. Thus, the creation of the Roth IRA account.

One of the principle differences between a traditional IRA and a Roth IRA is when the money gets taxed.

As stated above, you pay tax on a traditional IRA at the time of withdrawal but pay no tax on the money contributed. The Roth IRA is just the reverse.

Roth IRA contributions come from money that has already been taxed but there is no tax on the withdrawal. This can have a great many implications that folks don’t often understand. So, let’s take a look at an example.

It can be difficult for the non-mathematicians to figure out which will benefit them more: the traditional IRA or the Roth IRA.

It would initially seem like opening a Roth IRA makes much more sense because when you withdrawal the money later in life, and don’t have to pay tax on it, it will be worth much more than the money you saved up front by not paying taxes on your initial contribution to the traditional IRA.

But let’s have a look at the hard numbers.

Now, in a Roth IRA, you will not have to pay any taxes on the withdrawals, but you WILL have to pay taxes if you have a traditional IRA and who wants to pay tax on nearly 1 million bucks? Not me, that’s who!

At this point, it seems like a no-brainer, right? Go with the Roth IRA!

However, remember, you saved a good bit of money by not paying taxes on your initial traditional IRA contributions.

So, in the exact same contribution scenario ($5,500 for 35 years), both the traditional IRA and the Roth IRA will end up with the exact same investment growth amounting to $878,226. But you didn’t have to pay any taxes on the traditional IRA so you will have an added value of “reinvested tax deductions” amounting to over $100,000. That’s great, right? $100,000 more…who can’t use that?

Well, the crux is that you have to pay taxes on your IRA withdrawls in the traditional IRA format and that, unfortunately, will also amount to over $100,000.

In the end though (even though it is real fun to see our accounts nearing a million bucks!), the Roth IRA makes slightly more sense in this scenario.

As you see in the chart below, in this situation the Roth IRA leaves us with about $8,000 more dollars–not a huge difference but not chump change either. Thus, we have created this page on how to open a Roth IRA because the numbers usually tell us that opening a Roth IRA makes a bit more sense.

(Note: If you would like to perform your own calculations, I recommend this page. You can adjust the scenarios to meet your situation and see which solution fits you best.)

Beyond Tax Implications: The Other Differences Between a Traditional IRA and a Roth IRA

If you are considering how to open a Roth IRA, there are several other advantages that you should know about that are different from a traditional IRA. Again, the main difference is expressed above–when the money is taxed–but these are other considerations and general advantages to the Roth IRA.

And the disadvantages of a Roth IRA? Well, aside from the after-tax contribution disadvantage, really high income earners cannot make Roth contributions. The limits are $139,000 for you single folks and $206,000 for the betrothed (these are 2020 numbers). But we don’t feel too sorry for you…you are are clearly doing well for yourselves 😉

For an extremely detailed look at the Roth IRA advantages and disadvantages, refer to this Wiki page.

How To Open A Roth IRA

For most of us, we now know that opening a Roth IRA makes more sense than opening a traditional IRA. So, let’s look at how to open a Roth IRA now.

Oddly, opening a Roth IRA–the financial choice that will dictate your retirement future-is remarkably easy. In fact, you probably already have accounts with an institution that will allow you to open a Roth IRA hassle free. But let’s take a look at your options, which are essentially three.

You can open your Roth IRA with a Mutual Fund Company. I am a big fan of opening a Roth IRA with a mutual fund company for one reason: Mutual Funds will not tempt you to go “stock-jumping” and playing with your money too much in your retirement fund. You don’t want to do this. My favorite mutual fund company is Vanguard. I have used them and found low commissions, solid funds, and a trustworthy company. Here is the Vanguard retirement page.

You can open your Roth IRA in a Brokerage Account. There are many well-respected discount brokerage accounts to consider. Scottrade, E-Trade, Zecco, and Sharebuilder are all fine. My longstanding favorite however has always been Charles Schwab. I have always found them exceedingly helpful, easy to use, and honest. Here is their Roth IRA page.

When we look at how to open a Roth IRA with any of these companies, it’s amazingly simple. If you have ever opened a bank account, you will not be hard pressed when opening a Roth IRA account. They simply request the most basic of details from you. And, as I said, your existing financial institution probably already provides these services. Thus, you can probably learn how to open a Roth IRA in a matter of seconds without filling out any forms.

On this page, we have articulated the benefits of opening a Roth IRA, the differences between a traditional IRA and a Roth IRA, and information on how to open a Roth IRA as well as the best places to do it.

For most of you, a Roth IRA makes more sense in the long run as you will end up with more money for retirement. The taxes takes place on the front-end which means smaller values are taxed. However, we don’t all have the luxury of the “long run” perspective when we need access to money now. If this is the case, the traditional IRA may make more sense.

Saving for retirement is important. Now that you know how to open a Roth IRA, go do it and make that first deposit. You will then be well on your way to a well-financed retirement!