Over the past several years, Skype has become a primary means of communications for many of us. We use Skype to talk on the phone, chat with people, and even do video chats. Occasionally, even though you may have communicated in the past with someone on Skype, you may no longer be able to do so. In some instances, this may simply be because the person is no longer using Skype that much. However, it could also be that they have blocked you on Skype.

This particular scenario occurred with two friends of mine who had a business falling out. They used to talk to one another via Skype all the time. Then, all of the sudden, they had a financial discrepancy and one thought that the other owed him money. The one who purportedly owed the money blocked the other one from contacting him on Skype. The other then said to me, “I think he blocked me on Skype. How do you tell if someone has blocked on you Skype.”

Thus, it is for my friend, and for all of you asking the same question (and there are apparently a lot of you), that I write this how-to about how to tell if someone has blocked you on Skype.

How to Block Someone On Skype

To block someone on Skype, you simply need to right click their name in the “contacts” list and choose “block this person” as depicted in the photograph below. 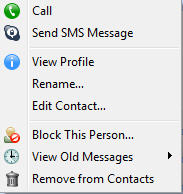 After “block this person” is selected, the person who is blocking you on Skype sees a pop-up message as we see in the screen capture below: 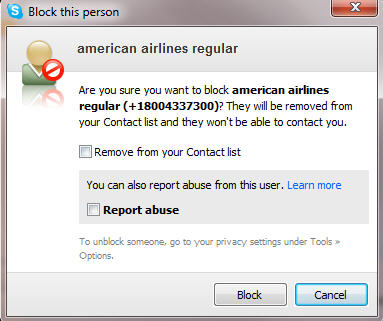 They have the option of removing you from their Skype contact list or reporting you for abusing the Skype system. Also, if they want to unblock you in the future, they can then go to their Skype “Privacy Settings” and choose to unblock you.

If the person has blocked you but did not select to remove you from their contact list, they will see a ? next to your name in their Skype contacts list.

How To Tell If You Are Blocked on Skype

They say we always want what we can’t have and I suppose this is the reason that many of you want to know how to tell if someone has blocked you from Skype.

So, is there any way to tell if you have been blocked on Skype? The answer is yes and no.

The default Skype behavior if someone has blocked you is that you will see their account as “user not online”. It could be that the user has simply stopped using Skype with any frequency and so they never appear online anymore. However, if you know the person uses Skype consistently, and you see them all the time as “offline”, it could very well be that they have blocked you. Or, it may be that they have simply set their status to “offline” so that others cannot interrupt them. (I do this a lot. In fact, I am “offline” right now even though I have Skype turned on.)

However, with a little enterprise, you can probably determine if someone has blocked you on Skype. There are two methods that you may want to try.

The first is to create a new Skype user. Remember, the person who has blocked you on Skype has simply blocked access to your current Skype name. If you want to see whether they are online, you can create a new Skype account, add their name, and then check their status that way. Or, if you have mutual Skype friends, you can simply call up the other people who are a friend of that person and ask them if that person is online.

Another tool that people are using to tell whether their Skype account has been blocked is a website called AmIBlocked.com, but I do not recommend it as you see in the next section.

Many people are using a site called AmIBlocked.com to determine if someone is blocking them on Skype or other IM platforms.

After a quick visit to the site, it seemed a little sketchy to me. I then did a McAfee Antivirus check of this site and received the following message:

Thus, even though I have heard that this site works, I do not recommend AmIBlocked.com as a site that you should use to determine if you are blocked on Skype or other social media platforms.

How To Tell If Someone Has Blocked You From Skype: Summary

Every day thousands of people get blocked on Skype for many reasons. These range from financial disagreements (as with my friends) to personal issues–girl wants boy to stay away or vice versa.

In any event, they blocked you for a reason and, in all likelihood, want you to stay away. However, if you are determined to find out whether they have blocked you, there are really two good ways to do it.

One, ask a fellow contact of this person whether they have seen them online recently. If they have and you haven’t, they have probably blocked you on Skype.

Two, you can create another Skype account and then add this supposedly blocked contact and perhaps you can see the real status of this person in this way.

Or, you can simply realize that this person has probably blocked you from Skype and you can go on peacefully with your life 🙂

Want to check out some cool related articles? Read how to get on Facebook at school and how to create your own cartoon character to create a great, cartoon-like Skype photo.

Richard CummingsHow To Tell If Someone Has Blocked You From Skype 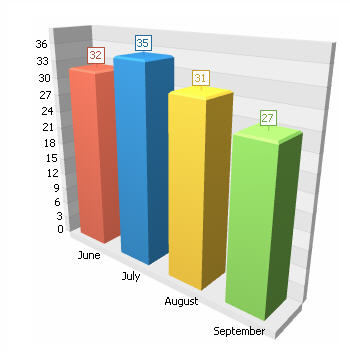 How To Check Your American Express Gift Card Balance 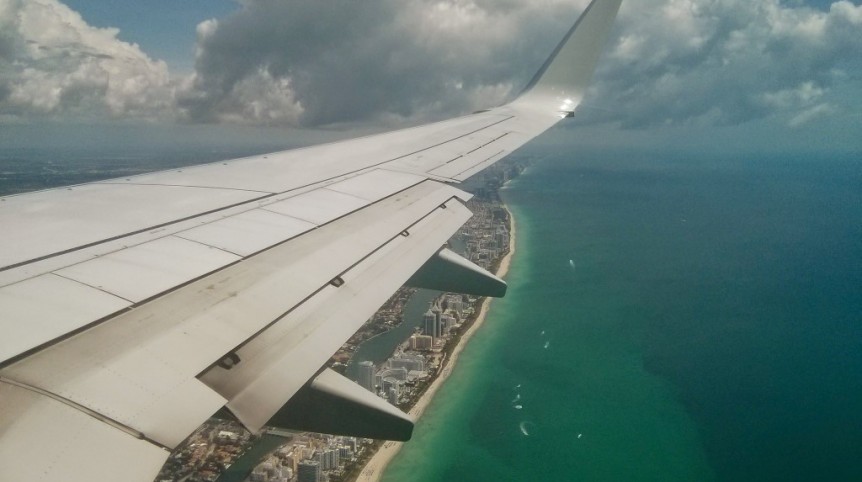 Miami Airport to Miami Beach & South Beach: It’s Easy But Few Know How To Do It.

Golf: How To Improve Your Short Game 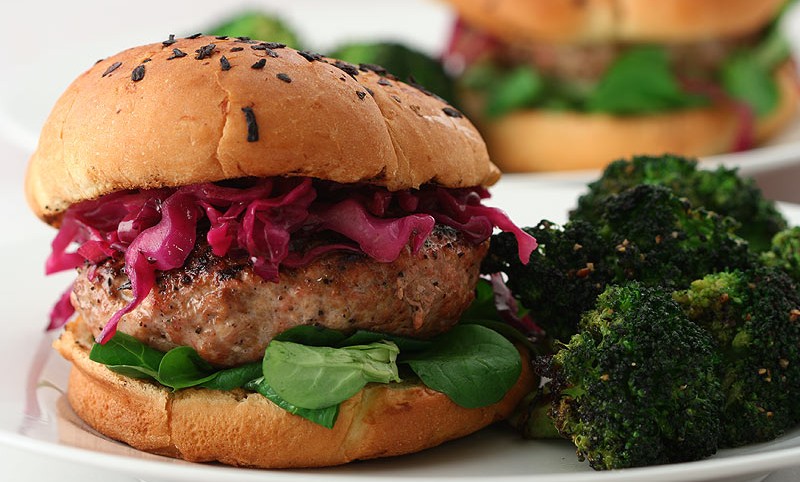 How To Learn How To Draw